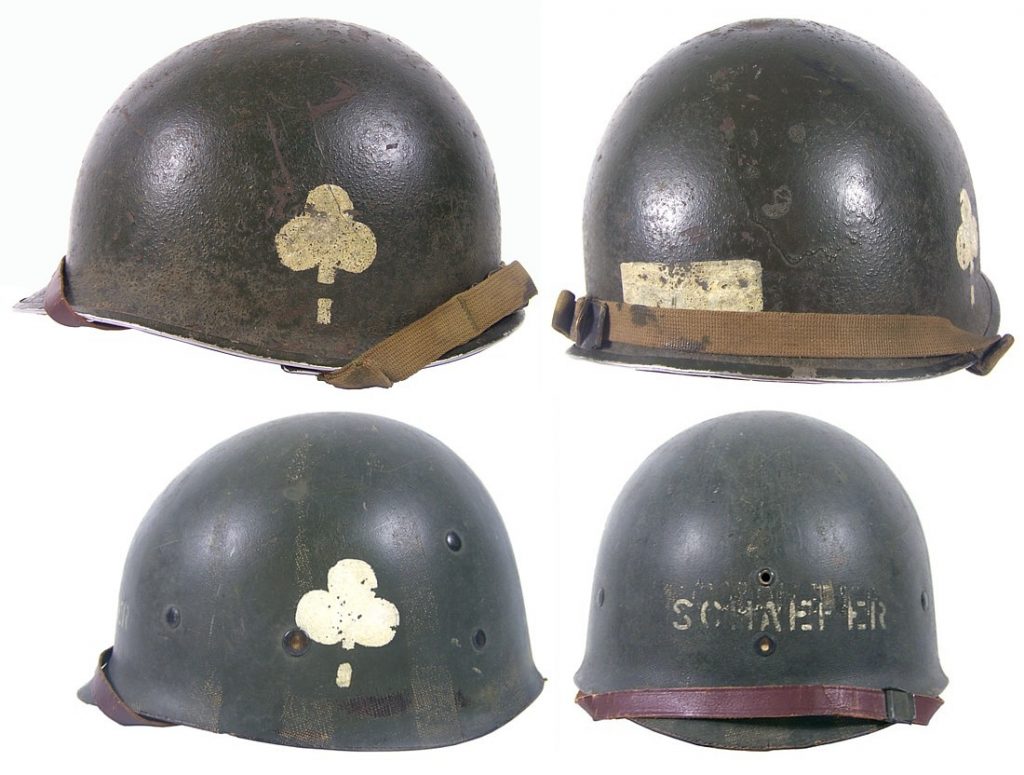 This helmet is Identified as belonging to Aloyse Schaefer (ASN 36220663) ; a Staff Sergeant in G Company, 327th Glider regiment. Although we can only see the last name; Schaefer’s identity as the helmet’s owner is made certain because there was only one man in second battalion (the battalion is indicated by the position of the tick mark under the clover-leaf) whose name is spelled as on the front of the liner. Also there was only one who was an NCO.

The helmet is a standard issue M1 type as would have been issued to all non-jump qualified members within the 101st airborne division. The exterior had been re-painted at some point after being issued as evidenced by the paint runs and the spill-over on the chinstrap. The 2nd Battalion 327 GIR tac signs appear as the type which would have been applied just before the June 6 invasion of Normandy. 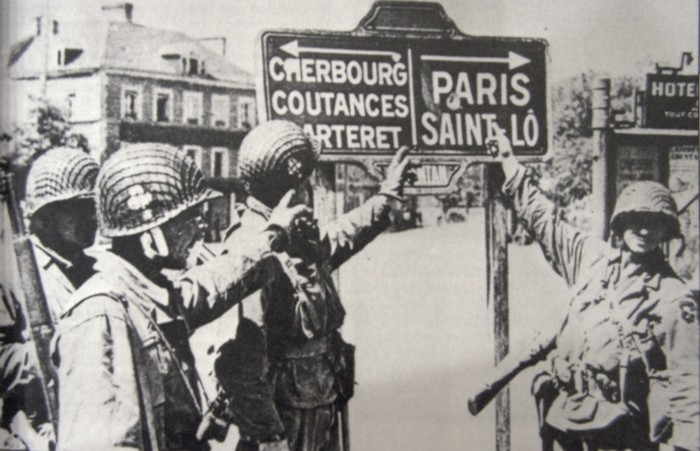 Schaefer served with G/327 during the Normandy invasion (During which the 327th had been deployed as sea-borne troops rather than arriving by gliders) and subsequent fighting. He participated in the only actual glider assault by 327 GIR during the “Market-Garden” operation in Holland as well as the rapid deployment from Mourmelon and subsequent battles within encircled Bastogne in December 1944. The helmet bears definite signs of extended wear and is assumed to be the one which he wore in all three campaigns. Note that the men in the photo above all wear the medium-sized mesh nets on their helmets; as was typical during the deployment in Normandy. By the time of the action at Bastogne, the use of camouflage netting had largely been discontinued.

As shown below in this platoon roster drawn up after the Normandy fight;  Schaefer was with 2nd squad. Note the number of killed and wounded as indicated by check marks and “O”s. 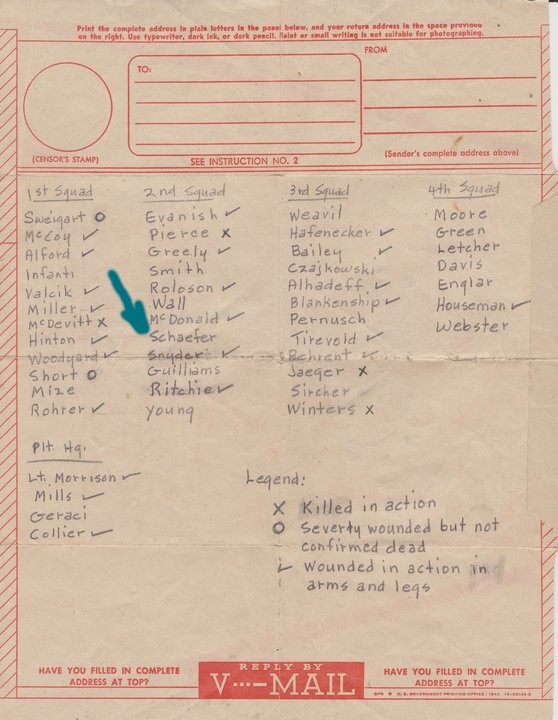 As shown below, Schaefer was either fallen ill or was wounded in January 1945. It could have been during this time that he was separated from his helmet. The helmet was sourced locally in the Bastogne area in the 1980s

Aloyse Schaefer came from Wisconsin and died in 2003. I came into contact with his son but my request for a photograph of Schaefer was not answered.